After the Jones Act, it was discovered that the fish population in the Pacific had been decimated. The only way to save the species was to create a sanctuary for these endangered fish.

The alaska tourism is ailing is a story about the Jones Act. It’s chapter two of the series.

Although parents may wish to stock the freezer with fish sticks, Catholics are still a long way from Lent. Thousands of pounds of Alaskan fish are stuck on way to the East Coast, owing to a legal battle over one of the country’s most baffling rules. Last Monday, a federal court refused to unstick the supply chain, at least for the time being, implying that things might become worse.

When Customs and Border Protection started imposing millions of dollars in penalties for suspected Jones Act breaches in August, the seafood got stuck at Bayside, a Canadian port near Maine. Domestic goods must be transported on boats constructed in the United States and crewed to a minimum of 75% by Americans, according to a legislation passed in 1920. The Alaskan fish were transported on ships that did not meet the requirements.

However, commodities that travel “in part across Canadian rail lines” are excluded from the Jones Act. What if they ride a 100-foot section of rail track completely inside a Canadian port? The shippers claim that this is true, and they have been sending Alaskan seafood to the Bayside Canadian Railway for a short trip since 2012. However, the US government has now stated that this is a plan to get around the legislation.

CBP’s reasoning does not seem to be convincing to Federal Judge Sharon Gleason. Her decision, which was issued on Tuesday, references a 2006 court ruling that the Jones Act does not contain any “implied ban on sham or economically unfeasible Canadian rail transportation.” “We have always maintained that ‘in part across Canadian rail lines’ includes any usage of Canadian rail,” she says, quoting a CBP paper dated 2004.

The government attempted to argue that the Bayside Canadian Railway isn’t really “transportation,” but the court disagreed. “The BCR rail line would seem to be essentially similar to other Canadian train lines on which goods is transported only to comply,” she adds.

The stumbling block is paperwork. Shippers must submit a rate tariff for the route with the Surface Transportation Board under this Jones Act exception, and Judge Gleason says there isn’t one for Bayside. As a result, she refused legal redress, but told the shipping firms that they may apply again after they fixed the issue and sought alternative administrative remedies.

To summarize, the Jones Act is a damaging legislation that makes it more difficult to distribute American goods. As a workaround, “fake” railways may be used. CBP, on the other hand, is attempting to alter the laws by imposing massive penalties without providing enough notice. As a consequence, Alaskan fish are unable to go to the lower 48 states. One Massachusetts processing business informed this publication that it has less than a 30-day supply of fish on hand. That happened on September 16th.

With any hope, the paperwork will be completed soon—within a week, according to the shippers—and Judge Gleason will put an end to this foolishness. However, a wider discussion of the Jones Act’s negative effects is long needed. President Biden may not eat fish sticks, but he is concerned about the environment. Because there were no Jones Act ships capable of installing two wind turbines off the coast of Virginia, Dominion Energy had to manage the project from afar in Halifax, Nova Scotia.

The Jones Act is often explained as a “buy American” legislation, although it actually makes it more difficult and expensive to do so. The legislation has resulted in Russian natural gas being sent to Boston and Puerto Rico, and now Alaskan salmon are being stuck in Canada. Protectionist lunacy is defined as anticipating different outcomes.

The wall street journal opinion is a newspaper that is published in the United States. It was founded in 1884, and is owned by Dow Jones & Company, Incorporated. 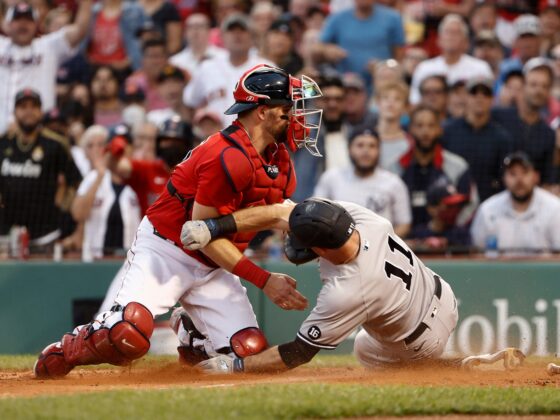